Rafting, hiking and camping with the Scouts

My week began with a mouthful of river water, a paddle crack to the back of the head, and a pirate ship full of eight Boy Scouts. On a beautiful day in a calm section of the Roaring Fork River, I was peacefully guiding a crew of eight- to thirteen-year-olds and preparing myself for a class III section of rapids ahead. A moment later I was ambushed by three pairs of hands from an enemy ship and dumped sideways into the water, where my head became a floating golf ball with six clubs swinging wildly around me.

Someone had good aim, and I fell away from the boat again as havoc wreaked and I swallowed another mouthful of water. From inside my boat, one Scout pointed frantically to the water, howling about his water bottle. “Excuse me,” another one called down to me as I grabbed the perimeter line and scouted downriver. “Are you ok? And will we be passing by Denver anytime soon?”

I dodged another paddle.

My brain throbbed. There was still time before the rapids, but I needed to be in the boat. “Alright, everyone SIT DOWN!”

The splashing stopped, and I hoisted myself into the thrashing raft as everyone struggled into their seats. All except one, who was now hanging halfway over the side reaching for that blasted water bottle. “Hey, get in your seat, I’ll buy you a new one,” I said.

I let out a breath of air, reached forward to grab a hold on his life vest and pulled him into a sitting position. “Listen up Scouts! I’m the captain of this ship, and if we’re going to make it through the stormy seas I need my crew to get it together or I’ll be throwing you overboard!”
Luckily, the boat next to us grabbed the bottle, and in the next moment I had everyone in my raft looking at me, smiling from ear to ear with paddles in hand and ready for my call.

All of this happened in about 20 seconds.

I really couldn’t help but have the best time on that trip—I’ve rafted that stretch of river before, but I haven’t yet experienced it with so much imagination, enthusiasm and energy than I did when with those Scouts. I was even pressured into attempting my first back flip off the boat, earning a solid average rating on the thumbs up/thumbs down scale. In a job that has to steadily balance fun with safety, its days like this that really define what it takes to be a raft guide.

Speaking of Boy Scouts, last week’s overnight hiking and overnight rafting trips have some stories of their own. Hiking guides Nick, Mackenzie, Sam and Keith led the Scouts through parts of the beautiful expanse of the Flat Tops Wilderness Area before stopping to camp along Turret Creek. The wildflowers were in full bloom and the scenery was nothing less than stunning: 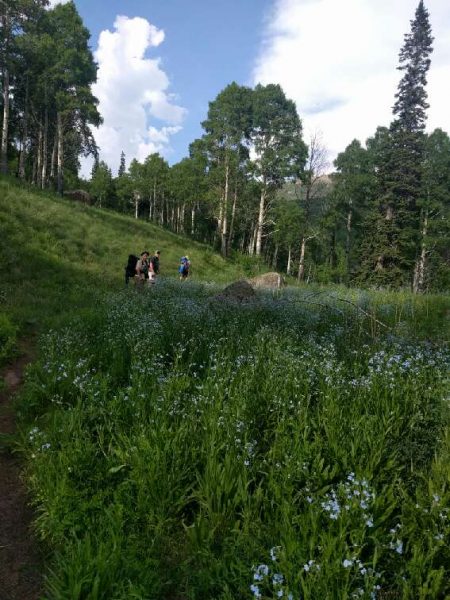 One evening as they roasted s’mores, Sam looked over to find one of the scouts dousing his marshmallows in fiery Tabasco sauce. I guess chocolate and graham crackers were too tame for this champ. 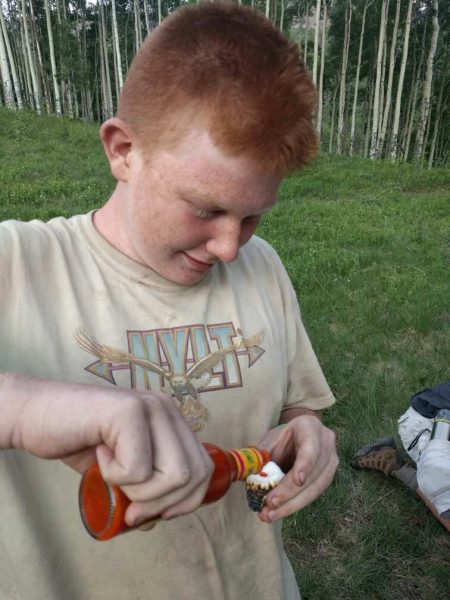 Meanwhile, on the upper Colorado River, raft guides Jake and Hayden took another group of nine Scouts through bombtastic class III rapids before camping out at on an island. Though it rained overnight, the campfire was warm and apparently enticing enough to set shoes on fire for fun. Gotta love boys.

We also had the Three Blind Mice make an appearance on the morning of the second day of the raft trip, when one Scout opened his dry bag to find this: 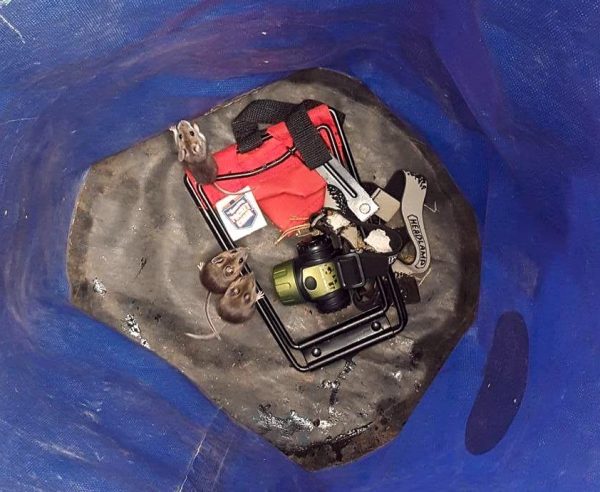 The mice decided that dry bag would make a nice home, so much so in fact that one of them made a nest in the headlamp and didn’t want to come out. Guess they didn’t get the memo it was only a campout for a night.

All in all it was a successful week of exploration and adventure for the Scouts and definite good laughs and memories for us. Stay tuned next week for more shenanigans from the GAC crew and be sure to check out our new Instagram page: @Glenwoodadventure ! 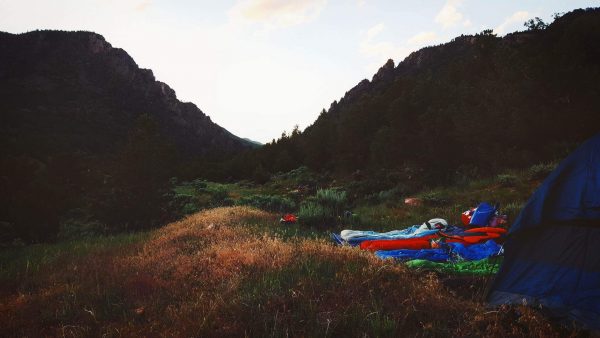